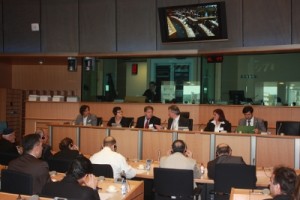 Stockholm (AINA) — Just weeks after the Swedish Parliament recognized the Turkish genocide Assyrians, Armenians and Greeks in World War One, the struggle for recognition has reached the European Parliament. Assyrians arranged a hearing about the democratization process in Turkey. Hundreds of listeners gathered in the European parliament to listen to a panel of specialists. One of the aims was for the European Union to follow in Sweden’s footstep and recognize the Genocide against Christians in the Ottoman empire during the first world war. 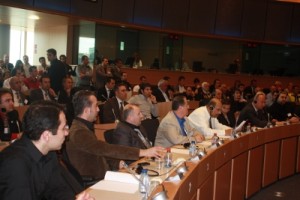 The hearing was moderated by awarded journalist Nuri Kino. Three parliamentarians attended the meeting, Markus Ferber for Germany, Eva-Britt Svensson for Sweden and Ria Oomen Ruijten for Holland. They all stated that Turkey, as other countries, must deal with its dark past. Along with the European politicians there were three Assyrian members of the panel, Sabri Atman, director of the Genocide research organization Seyfo Center, Ninos Aho, ambassador at large for Seyfo Center, and Sabri Alkan of the Assyrian Democratic Organization.

The Assyrian panelists welcomed the reforms that have been taking place in Turkey but reminded the audience the country still has a long way to go. Numerous examples of current persecution against non-Muslims in Turkey were presented. The presentation deeply touched Zeynep Tozduman, chairman of Izmir council of peace in Turkey, and she asked the Assyrians and other ethnic groups that were victims of the Genocide for forgiveness. She said:

“The Assyrians are a forgotten and ignored nation, Christ’s wounded birds. Within their ancestral homeland, portions of which are in Turkey, they have been a great civilization for more than 6000 years. However, since the 1840’s they have been exposed to exile, deportation and hunger, and up until 1915 almost complete annihilation. These people have made an effort to organize and gather in Europe for 30 years with the only result that they have been able to put their issue on the agenda merely as a subject.”

Her last words made many in the audience shed tears:

“I m a Turkish woman, a pacifist. As a fundamental and human rights activist I never in my life have done any injustice against the Assyrian people, neither have I done injustice to other people. As someone who is raised with a humanist ideology I believe in the brotherhood of all peoples and minorities oppressed, which I once again want to have stated. But I am a member of a nation, the Turkish nation. I cannot say that my ancestors are directly responsible for what have happened in 1915. However, I would like to apologize for all the suffering you have been through. I would like to end this speech by stating that your pain is my pain especially to the Assyrian women, because we women of the war suffer not only by killings, but also suffer from rape and torture and inhuman treatment. And with that statement I reach out my hand to Assyrian people for peace.”

The hearing was arranged by the Assyrian Democratic Organization and Seyfo Center. Nuri Ayaz, an Assyrian-German politician and one of the organizers, said after the hearing “We are very content with the result of the hearing, many new things came up and promises were made. I believe that the attendees went from the parliament satisfied with the result. In a few years all European parliaments should recognize the genocide.” 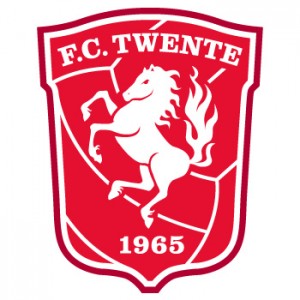 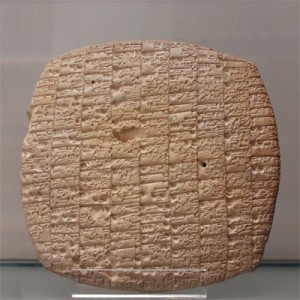